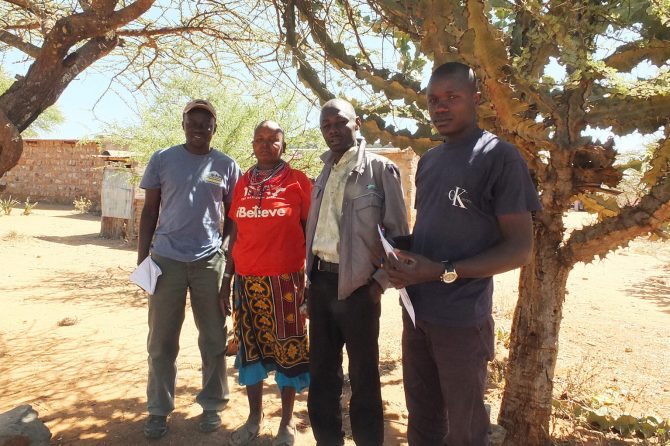 This semi-arid rangelands of Laikipia County, Central Kenya, are the location of some of the most important wildlife habitats in Kenya, being home to elephants, rhinos, lions, leopards, giraffes, buffalos and several other mega-fauna species that are an integral part of the tourist industry. The same area is also the mainstay for livestock production which is the major economic activity for local communities. Laikipia is therefore one of the biggest and most productive SEPLS in Kenya. This project assessed the spatial, temporal and seasonal uses of key natural resources in Laikipia by both wildlife and livestock production, at selected water points and along the livestock movement routes that connect these water points. The main objective was to identify the balance points between the resource needs of wildlife and pastoral communities in order to conserve the resources and reduce conflict which has often occurred because the rangelands, pastures and water points are all shared between wildlife and livestock populations.

Key achievements under the project included:

Save A seed for the Future (SAFE)